I've had a hard time writing lately. I actually wrote a long post that I never published, which turned into me declaring an end (or at least a break) here. I told Hannah about it, and she convinced me not to post it, not to stop writing, to find it in me to keep going. But nothing has really jelled for me lately, so there's been a very long silence here.

And then after a difficult afternoon, I got an email from a friend saying something I wrote in January has still been on her mind, a post of random things that weren't quite developed, but still worth sharing. So here I am, nudged into it again. Here are some additional, probably not ready for prime-time, but I'm going with it anyway, random thoughts.

The building where I work requires that you swipe your security badge every time you enter the building. Assuming it's not your first day and you're not a visitor (and there are lots of friendly security guards to help you if you are), swiping your badge should not come as a surprise. Yet everyday, I witness someone confounded by this, completely unprepared, digging around and trying to find their badge. This is frustrating for my hyper-organized self, who generally has her badge in hand, ready to go. But, I am much more irritated by people (and I will generalize, but you can guess which gender does this more often) who don't remove the pass from their pockets and instead graze their various body parts across the scanners. Ew. It's just not that hard to take something out of your pocket, is it? And they really must not realize how truly awkward they look to those of us forced to witness it. Ah, the glamorous life in a highrise.

Both of my kids leave for overnight camp in two weeks. I said on Facebook that I'm most looking forward to watching the clock a little less. It's going to be lovely to just walk out the door when I'm ready to go to work, and not have to wait until the school bus has arrived. And on the flip side, I'll be able to leave earlier and avoid some of the Red Sox-related shenanigans on the train ride home. Plus I expect the house will stay cleaner and I'll have a lot less laundry to do. Though I fully expect to use up any time I might save by obsessively checking the camp website for photos of both kids, which will take twice as long now. I'm going to miss them terribly, but I know they'll love every minute.

Do I go to my 20th high school reunion? Or do I already know everything there is to know about you? I'm anticipating a message from Sarah E. after she sees this part. :)

I've spent a lot of time thinking about family and friends and the difference between them over the past few months, specifically with regards to proximity. There are certain things in life where friends can approximate family very well, like rides to the airport or sharing a meal once and a while. But then there are moments when family really would be best, like when your kid is sick and you need childcare, or that big milestone that doesn't mean as much to someone who hasn't known your kid since the beginning. As I've said here before, it all comes down to expectations, and I think I expected that if friendships developed a certain way, they would be like family. I think that was a naive assumption, though, especially when those friends already have strong extended families as well.

Lots of bloggers I admire have started email newsletters. This is a way to drive traffic to their sites more directly, which is probably useful as Facebook seems to share my blog posts with a very select audience. I've thought about starting one myself, but then I realized I don't really write enough to warrant one. But I do really like the idea of it.

I'm still totally obsessed with Hamilton. And this meme, from Joy of Dad is kind of perfect. 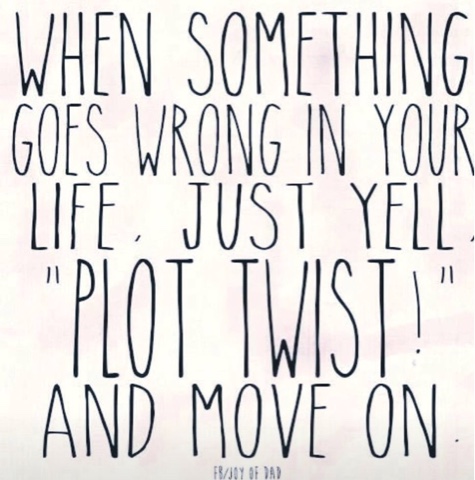 That's all I've got. How're you?
Cheryl Pollock Stober at 8:09 PM
Share