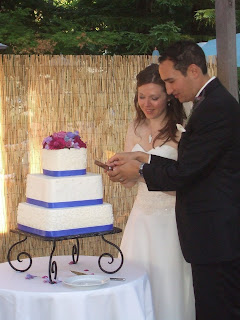 After endless discussions about going to California, we were so excited to finally get there earlier this month! The trip was a complicated one, but we managed to do everything we had planned for in advance.

We arrived to Oakland late Tuesday night, and met up with Uncle Ryan at our hotel. The kids were so excited to see him, and Max immediately spilled the beans about the contents of our wedding gift for him and Aunt Allison. After renting our minivan the following morning, we drove to San Francisco and met my parents. The seven of us spent a fun afternoon walking through Pier 39 to Ghiradelli Square and then going on a cable car ride. That night we drove to Sebastopol, where we'd be spending the next few days before the wedding. Fillis and John met us there as well, and we spent the next few days preparing for the wedding with tuxedo rentals, a BBQ, a bridal shower for the women, a golf outing for the men, rehearsing and rehearsal-dining, using the hotel pool and exploring a bit at Goat Rock beach. We also caught up with my uncle and two aunts, whom I had not seen in a very long time.

The wedding day was a glorious one. The weather was just perfect for an outdoor venue. We spent the morning getting our hair done, and then joined the bride in her room to witness the last minute preparations. Allison looked absolutely beautiful. Her dress was just gorgeous, but it was the smile on her face that truly made her glow. The groom and bride were trying not to see each other, so they were sequestered on different floors of the hotel. At one point, Ryan yelled down to me from a balcony and said, "I'll drive," which both my mom and I interpreted to mean he was taking his own car to the vineyard. My mom said she and my dad would ride with him. So after seeing the bride had departed, the four of us drove off to follow her there. A few minutes later, we got a panicked call from Ryan! He'd meant that he would drive OUR car there, not his! So we circled back and picked up the groom and my parents, and only got us slightly off the day's packed schedule. I think that was the only thing that went wrong all day though, as everything was just beautiful. Ryan's breath was taken away when he saw Allison. We posed for some photos, and then got ready for the ceremony. Hannah and Max did a very well as flower girl and ring bearer. Max in particular was so proud of his role in the wedding, and he loved watching the whole thing. He was very taken with the breaking of the glass, so much so that he broke a plastic glass of his own during the reception. Hannah was a flower girl veteran, and did her job with grace, wearing a beautiful floral wreath on her head. The ceremony was lovely, and I couldn't help tearing up a bit, but managed my reading well enough. Allison and Ryan are a wonderful couple, and we were so happy to be part of such an important day in their lives. We had a great time dancing, eating and toasting at the reception, and watching them drive off in their convertible when the day was done.

On Sunday we were up early, ready to move on to the next part of our adventure. We had a nice breakfast with Aunt Mary and Haillie before we headed back to San Francisco. We said goodbye to my parents there, and then headed back to Oakland to exchange the minivan for a sedan for the rest of our trip. We spent the rest of the day driving down the Pacific Coast Highway, stopping at a state park to see seals and having dinner in Big Sur before stopping to watch the sun set. The drive was beautiful; I had worried I'd be scared, but it was really fine. We stayed overnight in San Simeon, and toured Hearst Castle the following morning. I think the bus ride up the hill to the Castle may have been Max's favorite part of the trip. It was a beautiful place, and we even got to see some behind-the-scenes areas when the kids needed a bathroom break. Very cool.

We spent the afternoon driving the rest of the way to Los Angeles, which took longer than anticipated, but we finally made it to my Uncle Marc and Lexie's beautiful home. Their daughters Cheyenne and Dakota took an instant liking to Hannah and Max, and they had a great time swimming while I caught up with my Aunt Allison and cousin Samantha too. The following day we went to Disneyland, and the kids were very excited, but it was Hannah's favorite part of the trip. We managed to see Mickey Mouse without too much of a wait, and enjoyed a bunch of rides before taking the monorail to Downtown Disney for lunch. Then we did some driving around downtown LA according to Marc's carefully crafted agenda while the kids took a much needed nap. We saw the Hollywood sign and drove down Rodeo Drive before having dinner at Jeff's Gourmet Kosher Sausage Factory. We drove back to Disneyland for the last couple hours, and kept the kids up until midnight seeing the Fantasmic show. While I prefer Disney World to Disneyland, we still had a really great day.

On our final day of vacation we saw the amazing Noah's Ark exhibit at the Skirball Cultural Center, which the kids really enjoyed. We drove from there to Long Beach, and had dinner in the Shoreline Marina before catching our 9 pm flight home to Boston. It was a great trip, but I was definitely ready to head home.

Thank you to Ryan and Allison for getting married, and giving us the excuse to have such a nice getaway! And now, a few pictures. Enjoy! 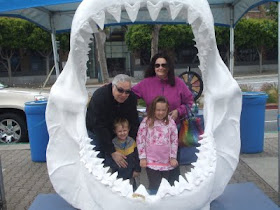 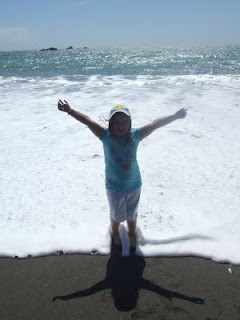 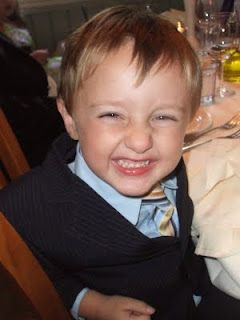 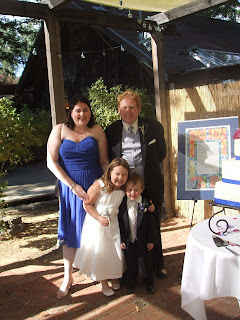 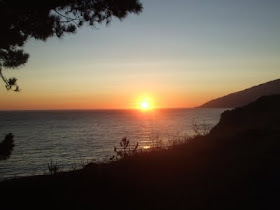 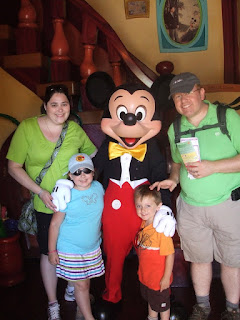 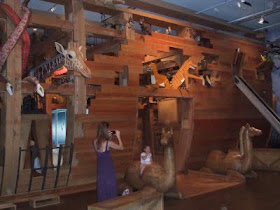 Toast for Ryan and Allison’s Wedding

For those of you who don’t know me, I am Cheryl Pollock Stober, Ryan’s older sister. I appreciate having the opportunity to share a bit with you about my brother on this special day.

Now Allison, I’m sure you thought you knew my brother well, but I’m not sure you knew that he is in fact a doctor. You see, when he was about three or four, he invented a character he called Dr. Missumio. It involved a piece of string tied just so around his head, with a blue connecting piece from his beloved Fisher-Price Construx hitting somewhere between his eyes. He would speak in the most proper way a four year old could muster, and do whatever it took to make his big sister laugh.

Growing up, Ryan and I were always very close. He’d patiently play along while I arranged my large collection of Cabbage Patch Kids, and I tolerated playing a few rounds of Sonic the Hedgehog on his SEGA. We attended the same overnight camp, and during his last summer there, when I was too old to attend, he brought me home a bag of dirt because he knew how much I loved it there. When I went off to college, I emailed him and my mother every day, beginning a tradition that has gone on for almost 15 years now, taking us through email addresses at AOL, Brandeis and Cornell universities, Yahoo and ultimately Gmail. Ryan always kept us on the cutting edge.

My parents have succeeded at one of my top goals in raising my own children - that they should be best friends. Ryan, while we may live on opposite sides of the country, you have been and will always be one of the most important people in my life. Allison, I couldn’t ask for a better woman for his wife. I knew Ryan had found his soulmate when I first saw them order in a restaurant together, agreeing to each split their meals, with Ryan willing to eat something more exotic than I’d ever heard him order on his own. Allison, you are not only sweet and loving, patient and kind, but willing to put up with Ryan’s gadget addiction and great love for the San Francisco 49ers. I look forward to celebrating many happy times together, and being there to support you as you have always supported me.